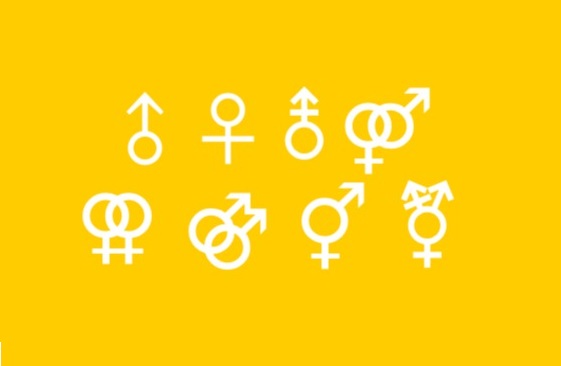 SEX-EDUCATION, AND THE LACK OF IT


The United States has historically embraced education, even in the colonial times north-eastern towns enforced schools to be built in towns with a large number of children, but we are still lacking in that of sex education (which for many schools will fall under the subject of Health). Though many parts of the world have no sex-ed, and many schools in our country have great sex-ed programs, our national standards are not at an even level.

A large number of states have no laws that force state schools to provide sex education. And many who do, will only fund 'Abstinence Only' programs. While others, depending on the town more than the state, offer a fairly good sex-ed course. This is a major issue, because sex is naturally desired or wondered about or had by almost all teens, and isn't location specific like our laws.

This doesn't mean abstinence is impossible, and if you're doing it (hopefully for yourself), then right on! That's a beautiful thing. And so is having sex as often as you please, with as many willing people as you please. Sex is personal, and no high school health teacher can make decisions revolving around it for you.

Which is why the scope of sex education needs to be broadened and stripped of bias or false information. Abstinence may work for some, but for many it will not. So the logical answer would be to provide all-inclusive sex education.

But our laws ignore this completely. In fact, more than half the country does not require sex-ed, and most of those states require it to be abstinence only, which is likely why our teen pregnancy rate is highest of all developed countries.

To fix this we must correctly and adequately address sex education, for all teens.

Sexually Transmitted Infections and Diseases (STI/D's) must be spoken about head on, replacing shame and disgust with honesty and prevention techniques. Telling students chlamydia is bad won't stop them from getting it, but teaching them how to approach the topic of STI's and sexual protection with a partner may. Talking to students about symptoms and options for handling an STI/D is also necessary, since right now 1/4th of all Americans who have or have had an STD are aged 13-19.

Pregnancy must be addressed in the same way. Students, of course, should understand the process of reproduction and maternity, but they should also leave class having some understanding of how they would approach a partner or parent about pregnancy. They should understand that being a teen mom or dad isn't impossible, and that it's also not the only option.

Though schools may not be able to teach about abortion, as it is a deeply layered and often triggering subject that many students and parents may object to for ranging reasons, it should not be portrayed as disgusting or evil in the class room, because this promotes self-hatred.

Instead classes should offer ranging information on pregnancy-prevention 'techniques' (abstinence, monogamy, etc.) and contraceptives (such as: Condoms, Oral Contraceptives/Pills, Hormone Implants, IUD's, Diaphragms, Cervical Caps, etc.) and their negative and positive attributes. If these can not all be addressed in class, an accurate website or pamphlet should be provided for students to further learn about them.

Hetero/Cis-specific education should also be erased from the classroom, as all LGBTQ+ students need and deserve an education as adequate as that of their straight/cis peers. Same-Sex-Safety, Same-Sex Abuse, and a long list of other topics should never be ignored from the classroom, and anonymous questions should always be accepted. Some states, Texas, Alabama, and South Carolina, have laws allowing only negative and inaccurate same-sex education. This is not only disgusting, but unconstitutional.

Sexual Assault is an extremely important topic to educate students on, as many parents don't know how to go about the subject and many students only know of it as the stories they hear in the news or on SVU. Male and Female students should deeply understand their human/sexual rights, and the legal terms of consent.

Students should understand that silence does not mean yes; That saying yes under the influence of alcohol or drugs can be discredited; That in many places a person under the age of 16 can not legally give consent to anyone; That if someone under the age of 18 sends you nude photographs, you may be charged as a sex offender for holding child pornography; That a person not 'aggressively' fighting back does not mean yes; That feeling or displaying sexual stimulation or 'pleasure' does not mean yes; That men can just as easily be the victims of sexual assault from women or men, at any age; That penetration does not need to occur for it to be rape; That touching or kissing or grabbing or yelling names at anyone without their consent is unlawful harassment/assault; That rape is wrong no matter the circumstances; That there are many people and organizations you can talk to about sexual assault; That rape is never the victims fault.


Students should be told of the free clinics, abuse shelters, gynecological offices, and planned parenthood facilities in their area, so that if abstinence doesn't work or contraceptives malfunction or a sexual partner lies about their status or we (as humans) make a mistake, we can choose a way to safely move forward.

Sex-ed is no less important than any other subject, and it should never be treated as so. It will affect almost all teens at some point, and the only way to help it be positive instead of negative is to properly educate them. This needs to be recognized and acted upon by the US school system.

If our sex-ed standards aren't raised, teens will continue to suffer the detrimental physical and emotional consequences.