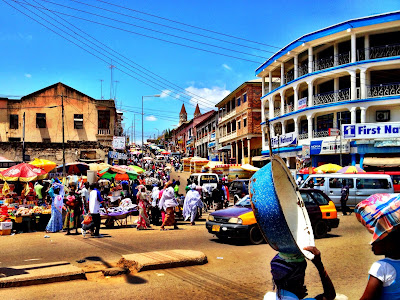 It is common knowledge that Instagram is a place we all go to post pictures about our perfect lives, and in the summer, we love to shove pictures of our amazing trips and vacations down our followers throats. It is the perfect place to say “ Look at me! Look what I’m doing when you are just sitting on the couch on your phone!” and it is a great place to boost your self image if you post pictures of you volunteering in orphanages and schools in a foreign country. At first glance, the tourists on these types of trips seem so amazing for traveling so far to help those children. When you sit down and look at the effects that previous situations of upper-class high school students oh-so bravely traveling over to a village in poverty have had on the communities, you think again.


Researchers have found that these “guilt trips” bring more harm to the communities than good. When young, inexperienced and uneducated teenagers fly in to these villages, they most often come unprepared. They use their experiences as a photo-op instead of a chance to actually make a difference in the lives of the local population. Psychologists have researched into if people offering “help” to others are ever actually doing the act selflessly, or if they truly are only doing it to boost their own self image. This seems to be the case for a majority of American and European high schoolers and college students when they embark on these trips. When these students go to villages and cities in poverty, they usually will spend a few hours a day teaching at a school, or building schools or housing, and the rest of the time snapping picture of themselves with the kids to flood your Instagram and Facebook feeds.


Another question that arises when you hear about these trips is: what business does a 16 year old high schooler have attempting to construct a school that will be facilitating young children? One of the most well-known companies that supports and organizes these type of construction projects is Habitat For Humanities. However, companies such as H4H are beginning to obtain a reputation for building unsafe, poorly constructed facilities that often have to be torn down shortly after the volunteers leave. Also, when young teens go to “teach” in their schools, it is an unfair waste of time for the young learners of the villages. The majority of the student who go to teach at these schools have yet to obtain high school diplomas, and  have no right to parade around claiming they are capable of teaching these young minds. The trips are an immense waste of time, money, and resources for the communities, and there are an abundance of better ways to help.


Another issue that arises is that when tourists go and take hundreds of photos to post on social media, it promotes the stigma that all cities in Africa are poverty ridden villages that need “white saviours” to come to their rescue. There are an abundance of fully developed cities in African countries, even though the media does not like to show them. This creates uneducated Americans and Europeans, which creates further problems for African countries.


When tourists go to volunteer in a foreign country, they often do so blindly, and know little about the organizations and orphanages they work for. Researchers found that a shocking 90% of orphans in Ghana still had at least one living parent, if not both. Children are sold to the orphanages for money, and are also stolen from their homes.  Also, only 8 in every 148 orphans are actually registered to the government. Many of these orphans suffer abuse from their caretakers, and the leaders of these types of facilities often purposefully keep them in poor conditions to bring in more tourists. When tourists volunteer at these type of places they only strengthen the cycle. Studies show that from 2007 to 2010, the number of orphans in Cambodia, as in other countries of the world, increased by 65%.


To truly have a positive effect on a community, we must face the entire structured system. Teaching a handful of kids in a community will not stop the poverty and crisis. If we were to find a way to make education more accessible to the community as a whole, we have a chance at making a positive change. One way to help would be to educate the adults there so they can pass their knowledge down to the children. The teachers in the community don’t necessarily have to be experts, but they must have an understanding of the culture and community to be able to teach and shape the minds of the children. Also, in many countries, such as Pakistan, terrorist organizations are brainwashing the youth into joining their groups because the kids are unable to think for themselves. If the communities had an easier access to education, there would be a greater chance of the youth breaking the cycle and stopping the growth of hate groups.


Volunteering is a respectable and admirable thing to do, so long as you know what you are getting into, and approach it the correct way. Being educated and spreading the word about these issues are the key to solving these problems, and this specific issue does not tend to be discussed frequently, which only increases how important it is to discuss it with your friends and family.