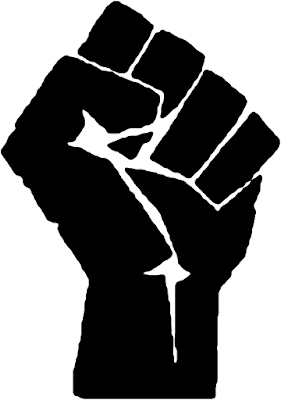 (Credits to the owner of the photo above, no copyright infringement intended!)

As I traveled back in time with my readings, I came across interestingly positive derivatives of the word “Negro”.

The “N” Word had its origin in usage connoting reverence, sacredness, and nobility. To mention a few, “N-G-R” (Enger) meant God in Ancient Egypt; “Negash” meant King in Ancient Ethiopian, “Negus” meant Emperor in Ethiopian as well. As for the Latin derivative, it was plainly an adjective to mean “Black”. With the evolution of the word Negro, it became a description of The Black Individual. It became an insult when appropriated by white speakers, but was considered almost as an affectionate address among fellow blacks.

The word Negro was never intended as a negative connotation. So how did it come about to be such a fueled word when it is uttered? It has been related to derogation, inferiority, a step down of status when used as a name, a label, or a slur to an individual of Black Heritage.

This took me back in time to the history of time immemorial of slavery, which has been part and parcel of the trading industry. Black slavery has been documented between African Monarchy and British Traders. By the turn of The 17th Century, Black slaves were brought to North America and documentations of abuse, rape, and harsh labor can be gleaned in American History. The slave traders started using the word loosely to label the color of The African Skin, to denote derogation or the status of African slaves as inferior and unworthy of quality and human respect, of being owned and dealt with as an owner pleased, predominantly in brutal and abusive ways.

It is amazing how the worth and value of the Black American Slave tripled when the cotton plantations flourished. The demand for slaves in the north diminished; white people found competition for jobs that both slaves and free men could perform. With the advent of the revolution for independence; The North realized slavery was not compatible with their ideals thus, emancipation of slavery commenced. The battle between free states and slave states led to The Civil War.

After The Civil War, there were still issues of slavery in the southern states which was looked on as a method of racial control. Racial prejudice and lack of appreciation of the rich African Culture that came with the slaves continued. Free black individuals were perceived as threats or danger. One would think “Was it an acculturation of the cruelty, oppression, and prejudice brought down upon the Black Ancestors for centuries that resulted in passionate antagonism today among blacks?”

“The Negro” has come through proud and strong, despite their history of trials and tribulation. Today, we are looking at different levels of leadership, intellectuals, musicians, writers, artists, civil rights activists-all represented by The Black Community. Bi-racial marriages are signs of progress, that individuals are becoming tolerant to People of Color. Education has come a long way to engender peaceful coexistence. There is still more to be done.

Should we study history before we use ethnic slurs to derogate people? We have to develop a consciousness about history to develop tolerance and acceptance for those who are different; let us render racist remarks impotent. Being different is okay. Being black is okay; being black is beautiful.