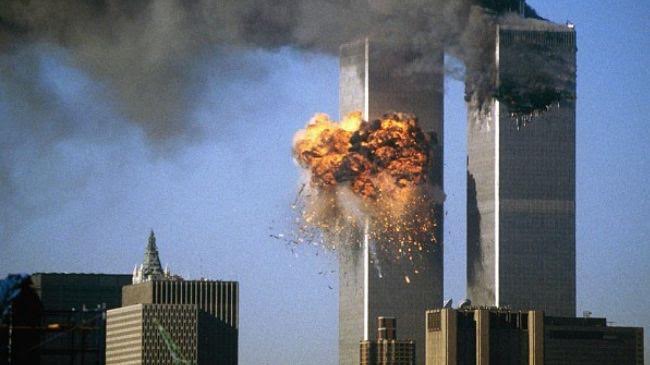 On this day, 14 years ago, America faced the largest threat and tragedy that it ever has. On September 11th, 2001 the feeling of terror and needs of protection were changed forever.

One of the saddest things about 9/11 is that it started off as a painfully-normal day. Men and Women covered the streets on their ways to work; Families and Travelers ran to catch their flights; Our nations' military leaders scurried around their offices, reviewing orders and planning meetings; Firefighters and Police sat around radios, possibly filing paper work. To the people of the world and the innocent victims of 9/11, it was just a normal morning.

Sadly, we know this day was far from normal and would never be remembered as so again.

Through our weak security system and slid 17 armed and undetected terrorists. These men felt that by hijacking 4 commercial planes, and crashing them into buildings of national meaning, they would be working well for their god. This idea is denounced by most people, including those in the Muslim religion.

Almost 3,000 innocent people died on that normal morning because of those men. 6 Paramedics. 8 Pilots. Dozens of Flight Attendants. 60 Police Officers. Hundreds of travelers. Hundreds of military heads. Hundreds of Firefighters. Over 2,000 workers. And even some survivors, who commonly faced cancer caused by the cloud of dust dumped over them as the towers collapsed.

It came as a harsh and shocking blow to the US, and our immediate reaction was to shut down all air traffic. All planes were ordered to land anywhere they could, and incoming planes were told to land elsewhere. For days travelers were stuck in our country, and Americans were stuck elsewhere.

People across the US mourned, and constantly wondered what this meant for the nation. Are we at war? Is this a sign of a near-nuclear war? Who are we at war with? And soon enough, a month later, the infamous Osama Bin Laden released a video of himself admitting that his al-Qa'eda group planned and committed the terrorist attack on 9/11.

This, of course, stirred anger and pain in the hearts of American people. We wanted justice; We wanted our loved ones back. As our officials worked tediously for 10 years to find Osama, we placed our anger upon the religious people al-Qa'eda categorized themselves as: Muslim.

This, as anyone reading this should know, was wrong and a major push of what we have come to know as Islamaphobia.

While we began rebuilding one of our greatest cities, our government began reconstructing our security system. A simple walk through a metal detector (the main source of security pre-9/11) became one of the many steps travelers now go through when entering an airplane. The foreign innocents lost due to the war on terror are also fresh in our minds. The mistreatment of muslim's alike is shown every day, through prejudice, violence, hatred, and Islamaphobia.

Clearly 9/11 has helped shape our modern world, as tragedy historically does. But it often goes forgotten in our everyday lives, which is natural as a process of mourning is letting go. But today, we will revisit those feelings of sadness, grief, and mourning.

We must remember the 2,977, if not their names than their stories. As a nation we must continue to grow, to accept, to care for one another, to learn from our past, to brighten our futures, and to remember.