Battling to Be Accepted: Bisexuals, Pansexuals, and More 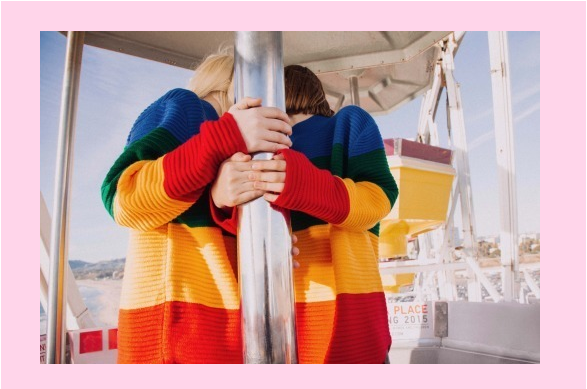 Even with how far we've come, there's still work to be done.

So many great wins have happened for the LGBT+ community this year. In June, same sex marriage was legalized in all 50 states and to top it all off discrimination/refusal to serve against anyone because of their sexual orientation or what they identify as is no longer allowed. Awesome, right? It's great to see that the United States is moving forward and starting to realize that over everything love and acceptance of people is important. But this is not the end of our journey. There are still so many things that need to be worked on inside and outside of this community, and one of those things is the discrimination that goes on against bisexuals, pansexuals, and other "complex" sexualities.

A lot of people tend to ignore the fact that these other sexualities exist, or think that these sexualities are just a cover up for people who are too afraid to come out as gay or just experimenting. What makes this even worse is that a lot of this hurtful banter comes from the LGBT+ community as well as the heterosexual community, causing a lot of men and women who are attracted to all sexes to feel even more isolated. It's already hard having to deal with people who are against liking your own sex, so imagine how hard it is to deal with people who think you're too straight! According to healthresearchfunding.org; "For teens that are bisexual, they are more likely to have suicidal thoughts and feelings than any other self-identified group," and "Data from Australia shows that both men and women who are bisexual have the highest percentages of suicide attempts." A lot of females also are not comfortable with telling people if they are bisexual due to fear of being looked at as a slut by other women and men as well as being sexualized by men.

Now, please don't think I'm trying to say that bisexuals, pansexuals, etc. have it harder than anyone else because the LGBT+ community has gone through so much and has definitely struggled AS A WHOLE. I just think it's important to recognize that people who identify with these sexualities are real and are here and should be accepted too. I know as a girl who has struggled a lot with who she is that it's important to have acceptance and to not feel alone. I feel that what someone identifies as is not always permanent for everyone, due to life experiences that we go through daily. All it takes is one experience with someone who you never imagined yourself with and it can change everything. So we shouldn't put down someone who loves more openly to different people, just because it's not your style. For those that do consider themselves any of these sexualities but are uncomfortable or afraid due to rejection or ignorance, we at Risen Magazine see you and we accept you with completely open arms!! Remember that love always wins, and that we have to keep fighting for equal acceptance for all because our battle is not over!